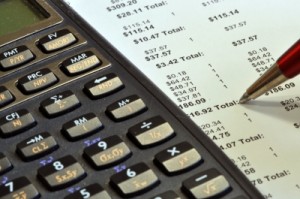 Thereâ€™s an old saying (which I donâ€™t subscribe to due to its crudeness!) that there are three roads to financial ruin â€“ alcohol, gambling and women. The saying goes that alcohol is the most certain, gambling is the quickest and women is the most fun. The world has changed and there are now many more roads to financial ruin and some of them aren’t near as much fun as any of the above.

Anyone keeping even one eye on the investment markets in recent months will have seen headlines which declare that there is a bubble in bond prices and that it might be about to burst. So why would bond prices fall, is it likely to be severe and why should you care?

Why would bond prices fall?

Bond prices are inversely related to bond yields. When yields go up, values go down and when yields go down, values go up. You may have heardÂ during 2016Â that bond yieldsÂ were at an all-time low, in fact theyÂ were negative in some countries. This is a strange concept.Â A countryÂ borrowsÂ â‚¬500m and it only has to pay back â‚¬498m to theÂ lender â€“ it seems nonsensical but this is exactly what happenedÂ earlier in the yearÂ when the NTMA sold Irish Treasury Bonds at negative yields.

Negative interest rates levied by the ECB means that Banks are effectively charged to deposit money so they have sought other safe places to put their cash. Purchasing bonds with negativeÂ yields make sense for them. Of course even if a bond has a negative yield at issue, if yields move further into negative territory the original buyer profits as it’s value has increased. Another reasonÂ why investors might buy bonds at negative yields is that a shift in exchange rate could more than offset the loss or, if they are expecting a deflationary period then even a bond with a negative yield could produce a return in real terms.

Letâ€™s take the simplest example of a one year bond which is issued with a par value of â‚¬100 and which will pay a fixed coupon (interest) at the end of the year of 5%. If interest rates are currently 2.5% this might be attractive to an investor, especially if the bond was issued by a country or a large corporate which he deemed to be low risk. The investor wants a premium over interest rates to compensate him for the risk he is taking and he is happy that a premium of 2.5% is sufficient so he buys the bond with a coupon of 5%. If he holds the bond to maturity he will receive back the â‚¬100 plus the coupon of â‚¬5.

Letâ€™s say that the day after the bond is issued interest rates increase from 2.5% to 4.5%. These bonds are traded on the secondary market and traders in the secondary market broadly speaking have the same attitude to risk that the initial investor has â€“ they want a premium above the risk free rate ofÂ return if they are going to be exposed to any risk. The thing is, there are other investment opportunities in the market and they want to pick the lowest risk investment which gives the highest return. If these traders want the same risk premium then on day two they are going to be seeking a return of 7% (4.5% + 2.5%). They expect (all going well) that in 364 days time the bond will be redeemed and they will receive â‚¬105 (redemption by the issuer plus the coupon payment) so if they want to make 7% they will only be willing to pay a price not greater than the net present value of the expected future cashflow (â‚¬105) using a discount rate of 7% (instead of 5%) and they will calculate that present value as follows;

Thatâ€™s the end of the math.

Is the drop in bond markets likely to be severe?

The above is a simplistic example of the drop based on a one year bond. If you say that instead of the one year bond we used in the example, the original investor had bought a bond with a par value of â‚¬100 which had a longer maturity and the same fixed coupon of 5% p.a. then you find that this has a fairly remarkable effect on the drop in value for the same increase in interest rates;

Relatively small increases in interest rates have a significant effect on the value of long dated bonds. This is called duration risk. The calculation used is the net present value of the future income stream which the bond will provide, adjusted for the change in interest rate. It is the basis for many investment decisions.

If investors continue to pile into bonds with negative yields in the belief that yields are going to move further into negative territory thenÂ a bubble forms. This was a feature of the property crash in Ireland as investment properties which should have been valued based on the income streams which they were likely to produce and the required rate of return for the level of risk involved (i.e. high risk), were instead valued based on positivity about future house price increases. When prices stopped increasing it became obvious that the income from the properties (the yield) was too low. A client of mine purchased two houses on the same street in a secondary location in 2005. They were vacant when he bought them (0% yield) and he never managed to get tenants for them either as the location of the town and the fact that there were better towns all around it meant that even in the boom it just wasnâ€™t attractive to renters. He sold them six months later at a 20% profit. This was a flag that irrational exuberance was creeping in to investment decisions. Some commentators believe that there is an element of irrational exuberance built in to bond prices at present.

Low bond yields can also be problematic in that if investors have difficulty finding yield, they may unwittingly invest in bonds which are higher risk than they would normally accept, in the search for an acceptable yield. If these bonds are subsequently downgraded their value may fall or the issuer may default.

What could also cause problems down the line is if governments try to taper off the amount of QE they are engaging in. Back in 2013 when the Fed tried this, money flowed out of the bond markets and yields increased temporarily â€“ thisÂ became known as theÂ taper tantrum. Raising interest rates could also cause a tantrum, and it is widely believed that the Federal Reserve will doÂ so in their next meeting on 13/14 December. The search for yield can also push investors towards longer dated bonds which, as shown above suffer significantly more during a taper tantrum.

Lastly, much like during the property bust, too many investors heading for the door at the one time could cause significant falls in price.

Why Should You Care

The funds which meet the obligations of Defined Benefit (DB) pensions are invested by the Trustees of the scheme and the investment risk sits with them. Many if not most defined benefit schemes in Ireland are currently in deficit. The reasons for this are outlined in a previous article here. Â If you seek to move your pension out of a scheme which is in deficit your transfer value may be reduced due to the insolvency of the scheme. If you are a member of a DB scheme which is in deficit itâ€™s worth taking a look at what the prospects are for these schemes becoming solvent in the future.

Thereâ€™s a dual effect to changes in bond yields and values, for the Balance Sheet of a DB scheme. One of the reasons why so many DB schemes are in deficit is that low bond yields mean low annuity rates which means that the scheme needs to set aside a lot more funds now, to meet future liabilities. An increase in bond yields would help alleviate this part of their problem. However, because the return from cash is so low and equities are considered too risky, many DB schemes are heavily invested in bonds. As shown above, an increase in bond yields, while it may help in one sense, could alsoÂ affect the value of the fund. Because of this â€˜rock and hard placeâ€™ issue, some members of DB schemes are now taking their transfer value out to a product where they themselves make the investment decisions and carry the investment risk. Anyone thinking of doing this should obtain independent financial advice on the pros and cons of doing so.

Defined Contribution (DC) schemes donâ€™t escape the wrath of the taper tantrum either. It is estimated that up to 80% of members of DC schemes choose lifestyle funds. Lifestyling is a kind of one size fits all approach to investing which gradually moves the memberâ€™s investment out of higher risk assets like equities, into (supposedly) lower risk assets such as bonds, as the member gets closer to retirement age. This had been considered a good strategy historically because it used to be the case that most people, when they matured their pension used most of the fund to purchase an annuity (income for life). The beauty of lifestyling was that in the latter years of your working life you had a significant portion of your pension fund in bonds and if the value of the bonds dropped, this meant that yields had gone up which meant that annuity rates increased also. Therefore the loss of value was pretty much compensated for by the higher annuity rate on offer at retirement. The problem with this strategy today is that far fewer people are opting to purchase an annuity at retirement, preferring instead to preserve their capital via the ARF option. Lifestyling is an old strategy which for many people may no longer be appropriate.

So is there a bubble in the bond market and is it going to burst; I donâ€™t know. Wiser men than me have varying views on the severity of any bubble and the mix of short versus long dated bonds outstanding in the market. Some people think that the bursting of the bond bubble has already begun with c$1.7 trillon wiped off the value of global bonds during November. Some people think that bond markets will recover as soon asÂ peopleÂ realise that Donald Trump isn’t going to transform America.

How much of the market is irrational exuberance is difficult to gauge, but given current low bond yields, and if you assume that yields can only go so far into negative territory, then you can bet your bottom dollar that there is trouble in store. The question is when and how much.

Comments in this article are general in nature and should not be taken as financial advice as no assessment has been undertaken in relation to your financial situation or objectives.

Above image is courtesy of Michelle Meiklejohn at FreeDigitalPhotos.net

Thank you for your message, we will be in touch very shortly.

Sorry, there has been a problem and your message was not sent.