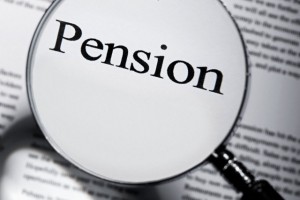 I was thinking over lunch about writing another blog post and wondering what subject I might pick and on returning to my desk the answer was staring me in the face in the form of an email from a pension administration company which I have been corresponding with for the lastÂ six months.

At the beginning of August 2016 a client asked me to review his existing pensions and to make a long story short I have spent the last six months corresponding withÂ this company in an effort to locateÂ one of hisÂ pensions from an employer which he previously worked for. Iâ€™ve had to endure some very high minded rebukes from this company to the effect that I was wasting their time etc and in mid-November they told me that they werenâ€™t willing to investigate the matter any further unless I was able to provide evidence that the pension was managed my them.

As it turns out the information which I gave them almost four months earlier (the name of the scheme andÂ the clientsÂ name, address and date of birth) transpired to be correct and I wasnâ€™t able to add anything apart from getting the original pension administrator to email them and inform them that the scheme had been transferred to them in 2009. This was enough to get the wheels turning and today (6 months and 23 emails later) I got the good news that my client has a preserved pension with a transfer value of just over â‚¬121,000 from that employment. Itâ€™s not a Euromillions win but itâ€™s certainly a good result.

In the UK they have a Pensions Registry which keeps a record of pension schemeâ€™s in order to assist people with finding old schemeâ€™s which they might have an entitlement from. Despite this it is estimated that there are câ‚¬3 bln in lost pensions in the UK. Itâ€™s obviously time that something similar is put in place here.

If you have a pension entitlement from an old employer and are interested in exploring options regardingÂ its management, contact Eoghan on 086 606 5008, by using the contact form below, or by email to eoghan@obn.ie.

Comments in this blog are general in nature and should not be taken as financial advice as no assessment has been undertaken in relation to your financial situation or objectives.

Thank you for your message, we will be in touch very shortly.

Sorry, there has been a problem and your message was not sent.